Last night I dreamed my car was stolen while I was taking a nap in it. I was sleeping in the driver’s seat because I couldn’t go into this scary house filled with weird relatives I had never met, because there was a wild wombat running around that no one else but me could see. Since I don’t really know what I wombat is, in the dream it was a lightening-fast, matted-furred shadow that hurtled out of nowhere to wombat me in the knees, and then disappeared before anyone else noticed him. 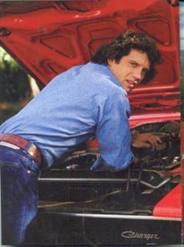 As my car was being towed through a maze of dark alleys populated with nefarious hoodlums, I managed to call 911 on my cellphone.

“Hello? 911? My car is being stolen and I’m in it!” I whispered loudly. Even though the chances of the person towing the car hearing me on the phone while driving in a completely separate vehicle are slim, I’m not really one to take chances.

“Oh! Well! That’s not good, is it?” The 911 operator seemed a little too cheerful to assuage my growing panic. “Well, we’ve got you on the world-wide radar, so I’ll send someone out to find you. Your service number is ‘B, as in Boy; R, as in Rectum; 9…”

I had to hang up suddenly because we had come to a stop. I dropped my phone in my pants so that when the bad guys found me, they wouldn’t find the phone when they frisked me, and I’d be able to have constant communication with the police when I made my Die Hard-like escape.

I waited. Nothing happened. I heard a man call, “Petunia! Pickles! Where are ya’s?” A screen door squeaked open and slammed shut. A breeze came through the sliver of window I had left open. I smelled bacon.

Tentatively, I opened the car door. I put one foot down, then the other. I stood up behind the cover of the car door, and my phone immediately fell through my pantleg to the muddy ground. Should have put the phone in my panties. And set it to vibrate. Ah, hindsight!

As I reached for it, I heard a low growl-snarl from some hideous, feral beast. It was coming from behind me.

You will probably find this hard to believe: sometimes, even in my dreams, I am not so brave.

I stood stock still, with my eyes closed. I did not breathe. I made myself invisible.

Well, I couldn’t see me anyway, on account of my closed eyes, but the beast could, and it’s  rabid, plaque-encrusted, yellow fangs sliced cleanly into my calf. Just then, as I was feeling a bit woozy with a touch of the vapors, there was all kinds of commotion; chickens squawked, hounds barked, porch doors squeaked and slammed, frying pans sizzling with bacon fell into sinks. From the distance I heard the bass-line of Ted Nugent’s “Stranglehold”.

I opened my eyes to see a short man who looked a lot like Maude’s husband, Walter, only a lot more skeezy and menacing. 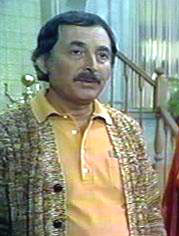 At his heels was a vicious, howling, crazed Pomeranian, obviously bred for illegal dog fights and craving blood. Still gnawing on my calf so fervidly that all I could really see was an enormous bat ear and a wildly rolling eye was a Nosferatu-chihuahua, the most ferocious of an already overly aggressive and inbred breed.

It is impossible for chihuahuas to obey commands, because their walnut sized brains are jammed too tightly into their head casings. That is why they are always angry, and why they shiver even in the summer. They are deranged and act purely on their killer instincts.

Walter set about detaching his carniverous rat from my leg and said, “Sorry you got bit, lady, but that’s whut you git when you cross onto property that aren’t yer own.” He worked Petunia’s snaggle fang from my flesh and held her like a baby, which repulsed me.

I didn’t think. I didn’t have a plan. I just reacted. I looked him on the eye and punched him in the face. I don’t think I have ever punched anyone in my life, and it felt great. I liked it so much, I punched Petunia in her face, too, and I tried to step on Pickles tail as he attempted to slink away. Pomeranians are pussies, like mops with mouths.

Walter looked at the blood that was flowing from his right nostril onto his dingy white tank top. Out of nowhere he was holding one of those big, double-barreled rifles that Elmer Fudd or Fifty Cent carries.

Uh-oh. I did not see that coming.

All at once I knew that it was all over for me. I had used violence imprudently and now I was going to pay the price. Curtains. Lights out. And….scene.

But where were the cops? They said they had me in their cyber-eye! What about the big shoot-out where some Officer Studley folds me into his muscle-bound arms like a protective wing, while bullets whiz by, and pieces of cement chip off of walls and rain down slow motion plaster snow onto a black and white set? As the bullets ping off the parked cars, Officer Studley pulls me down into a clump of grass and covers me with his body, but I squirm free and grab a gun out of his pocket – at least I think that’s a gun in his pocket, but maybe he’s just happy to – no, wait that’s definitely a gun, and I stare into his mirrored sunglasses and say, with a jaunty, fearless grin, “Good always triumphs over evil, Officer Studley, and I am going to live to show you that I’m awful damn good!” He smiles, too, a perfect Pepsodent smile, and I hear him say, even over the bullets and the barking and all, “Gosh, you’re beautiful!”

But actually, that part didn’t happen in the dream I had last night. That part only happened in the dream I’m having right now. So where were we?

Right. Lights out and all that. I look down the vacant street for the cavalry. Nobody. Nothing to do but try to be invisible again. I close my eyes and hear Walter cock his shotgun, or whatever you do with a shotgun.

And then I hear another sound. It’s a thunderous bark, deep and sonorous, but it doesn’t scare me at all; I know that bark, though I haven’t heard it in years. I open my eyes just in time to see the figure of a dog, sleek, strong and massive, gracefully jumping the fence and swallowing Petunia in one gulp before leaping on Walter, who was quaking with fear, and knocking the gun from his hands. It hit the ground and fired, instantly vaporizing Pickles in a cloud of fur. The big dog turned and looked at me, smooth fur like black ink, ears slightly raised and alert. I took in the white patch on his chest and his soft, warm, brown eyes. He wagged his enormous plume of a tail.

“Sidney! Sid! Oh, Sid!” He ran to me and I got down on my knees and hugged him, felt the great barrel of his chest heaving and the muscles of his back taut and firm. He licked me and I kissed him and I was so, so glad to see him, because, after all, he’d just saved my life, and I loved him and he loved me, and also because it’s been a long time since I’ve seen him.

He’s been dead about seven years now. I’ve never had a pet since, because I can’t imagine ever loving one as much.

Man, he was one great dog.

Here is a poem my mom wrote about seeing someone again in a dream:

Liliane Richman, 2011. Copywrite. All rights reserved and used by permission. 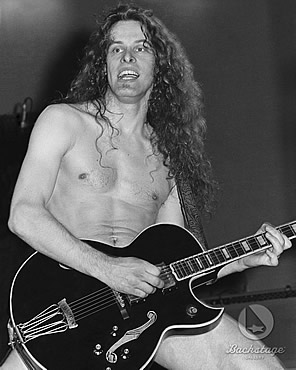 3 thoughts on “Lovely to See You Again, My Friend”