Recently I’ve seen two performances that really moved me, because of their passion, intensity and intimacy. This first one is from 1965. It’s funny that her audience is a bunch of wealthy white people. I love her voice and expression.

This next one is much more personal and less overtly political, but it certainly brings up gender politics and issues of self identity in the context of societal norms. I saw this clip on SNL two weeks ago, when they re-aired their first show from 1975, in honor of the 40th anniversary. I don’t know if I had seen this performance, but I was spellbound by it, and have since watched it several times. This is the only place I could find the SNL version: http://realmediaking.blogspot.com/2008/05/video-of-janis-ian-performing-at.html There are lots of other versions of the song from the same time period on youtube, though.

Ah, life is hard, there’s no denying it! I’m impressed, though, when people can make something original and meaningful out of pain and sorrow, even if it is inevitable and senseless.

I want to leave this post with something happy…but what? How about this picture of an emu? 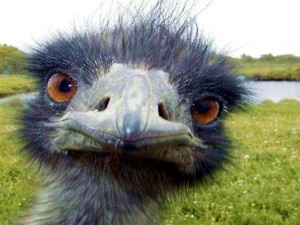 He doesn’t look particularly happy, though. That is one pissed off emu.

Here is a picture of my boot. These boots make me happy. They’re made for walkin’. 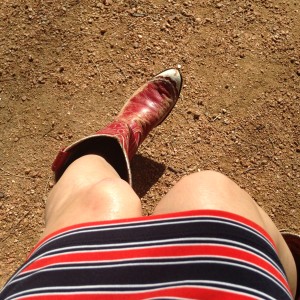 Ayup. That’s the best I have right now. Make it work.

1 thought on “Ladies Sing the Blues”