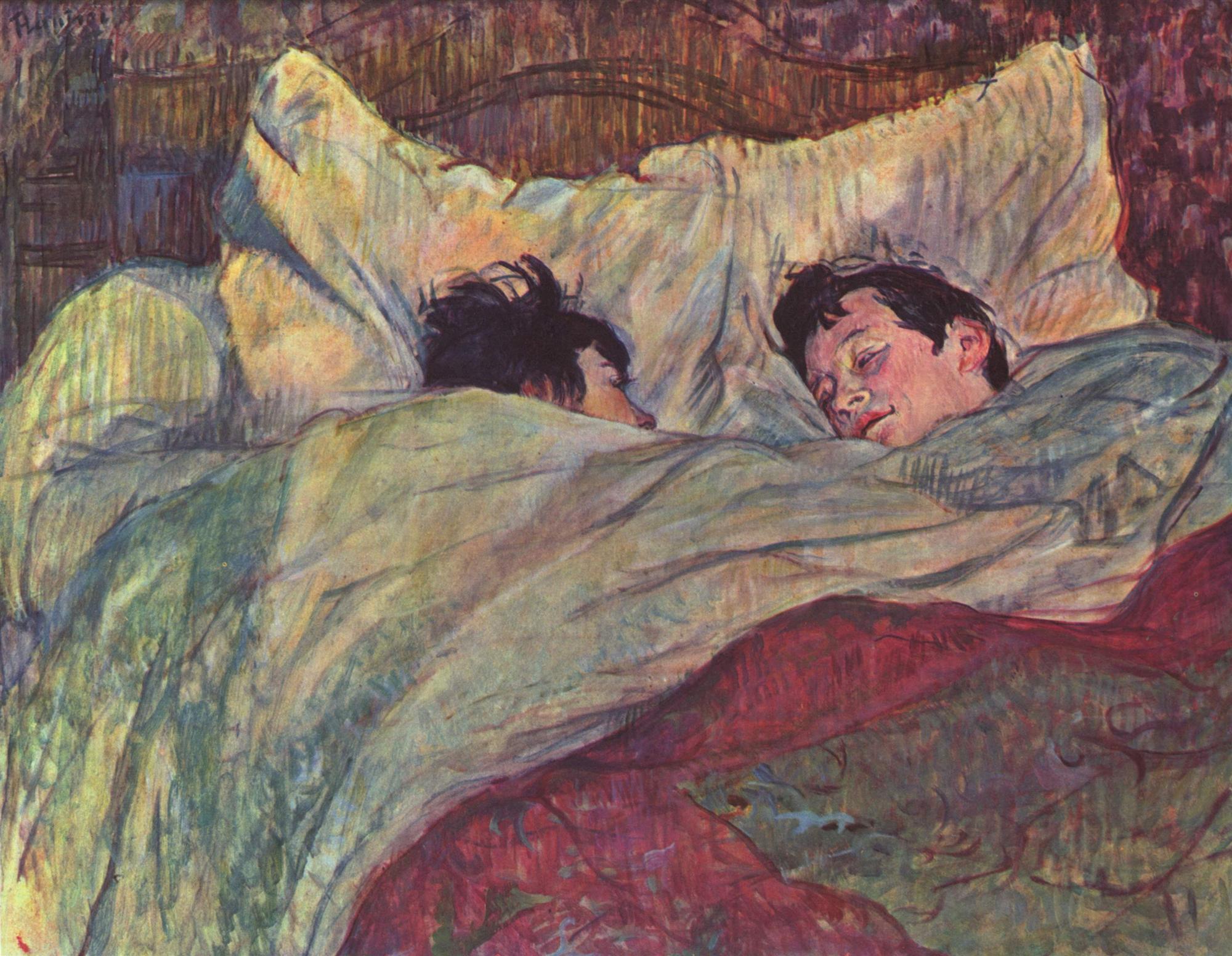 In the Bed, Henri Toulouse-Lautrec

So, just to point out sublime serendipitous synchronicity, consider this, if you will: The Rossetti I mentioned in the last post, who painted a version of The Annunciation, is none other than Gabriel Dante Rossetti, who chose to use his middle name professionally, in honor of Dante Aligiehri, of Inferno fame, instead of Gabriel, in honor of Heaven-n-Jesus fame. Rossetti’s Annunciation featured a Mary modeled by his sister, the poet Christina Rossetti, who had previously served as a model in a painting depicting the Virgin’s girlhood. By all accounts, Christina was a religious woman, who worked for the poor and ostracized, and who is famous largely for devotional poems. Here is a poem calledMirage.

HE hope I dreamed of was a dream,

Was but a dream; and now I wake

Exceeding comfortless, and worn, and old,

I hang my harp upon a tree,

A weeping willow in a lake;

I hang my silenced harp there, wrung and snapt

Life, and the world, and mine own self, are changed

I wonder if that is how Mary felt about the annunciation. Maybe she thought it was all a dream, but also, if you had to sacrifice your first born to suffer a horrific death for all the sins of all mankind, perhaps it would be more nightmare than dream. I wonder the dream was Mary’s hope for peace, the one she dreamed would come to fruition when she bore the son of God, a link between the Divine and the desperate.

But I digress. Or perhaps, because I have already written about this, I regress. Anyhoo, I shall now attempt to progress:

If Christina Rossetti was angelic, her brother Dante definitely knew some demons. He was passionate and lusty, and there is evidence of Herman Cain-like indiscretions with several of his models, though, let me be clear, I am drawing no lines between Dante and his beatific sister, and I don’t know if Herman Cain even has a sister. However, in my vast research, which includes more than two websites other than  Wikipedia, I found several references to the artists and women who seemed to “…consume and possess him in art, poetry and life.” One of them was his first wife, a beautiful junkie who died of a laudanum overdose after delivering a stillborn child. He adored her, and continued to try and contact her in the afterlife for as long as he lived. When she died, he buried a bunch of unpublished poems with her, but was encouraged to exhume them by friends, which he did. They were published in 1870, and were immediately criticized for being “the epitome of fleshly poetry”, and considered by many to be offensive.

This poem is often cited as an example of that which gave Victorian critics the vapors:

At length their long kiss severed, with sweet smart:

And as the last slow sudden drops are shed

From sparkling eaves when all the storm has fled,

So singly flagged the pulses of each heart.

Their bosoms sundered, with the opening start

Of married flowers to either side outspread

From the knit stem; yet still their mouths, burnt red,

Fawned on each other where they lay apart.

Sleep sank them lower than the tide of dreams,

And their dreams watched them sink, and slid away.

Slowly their souls swam up again, through gleams

Of watered light and dull drowned waifs of day;

Till from some wonder of new woods and streams

He woke, and wondered more: for there she lay.

Quite lovely, non? This is a bit from The Kiss:

I was a child beneath her touch,–a man

When breast to breast we clung, even I and she,

–A spirit when her spirit looked through me,

–A god when all our life-breath met to fan

Fire within fire, desire in deity. 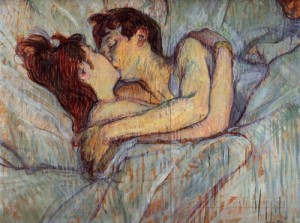 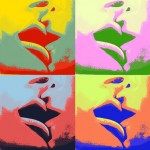 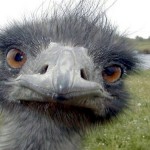 Interesting that Rossetti would choose this word, but not so much, really, when you consider that in later life he assembled an exotic menagerie at his home that included mice, peacocks, owls, kangaroos, armadillos, zebras, marmots, armadillos, a Brahmin bull, and, most notably, wombats. Wombats! Hilarious! He let them sleep on the table like a furry centerpiece and had one ride a llama around the living room! Needless to say, he was often drunk or drugged by this time. But even sober, wombats are funny. 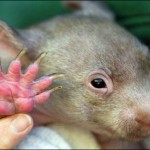 Things got way unfunny for Rossetti, who suffered nervous breakdowns and insomnia and a probably psychosomatic eye ailment that impeded his vision. He became a drug addict who drank to mask the bad taste of the chloral hydrate he  consumed nightly. He suffered delusions and attempted suicide and finally died after a stroke that left him partially paralyzed.

Remember what started all of this? Angels, devils, Ross and Rachel’s love child, The Annunciation? After painting the holy, Rossetti died lowly, on Easter Sunday, 1882, and is now resurrected on the 3 week anniversary of my Friends-fest, where I accidentally watched 5 episodes of the hit series back-to-back, and proving definitively, yet again, that no matter where you go, all roads lead back to me.

Emulous: desirous of equaling or excelling; filled with emulation. Duh.