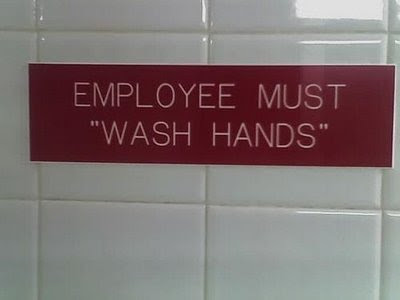 School is in session. In the words of countless 6th graders across our great nation, “School sucks.” Be that as it may, I was pleasantly surprised this week when one of my favorite students, Cristal, used a C.S. Lewis quote in her introductory writing sample: “It may be hard for an egg to turn into a bird: it would be a jolly sight harder for it to learn to fly while remaining an egg. We are like eggs at present. And you cannot go on indefinitely being just an ordinary, decent egg. We must be hatched or go bad.” What a great quote! Lewis also said, “Eros will have naked bodies; Friendship naked personalities.” Classic. Also kind of hot, in a 6th grade kind of way.
Personally, I love a good quote. I like what they say about the person who speaks them, how they effect and are interpreted by the listener, truths they tell, and lies they spread. Andy Warhol said, “Art is what you can get away with.” Carl Jung stated, “What we do not make conscious emerges later as fate.”
Music inspires many good sayings. Huxley said, “After silence, that which comes nearest to expressing the inexpressible is music,” while George Bernard Shaw observed that “Hell is full of musical amateurs.” Elvis Presley said, “I don’t know anything about music. In my line, you don’t have to.” My friend Reed defined his own work as ” just another 3-chord, hate-filled song.” This band of truly skanky girls I saw -I think their name was “Screamin’ Lez”-opened their set with, “This song goes out to your asshole!” They went into their ballad, ‘Sadness and Sorrow’, which had the haunting refrain of “Eat my crusty heart.” They had me at ‘asshole’. My friend Pat said, “I’ve thought about this for years, and the best name for a band I can come up with is ‘Awesome Boner’. First impressions are key.” Paul McCartney, famed lyricist, had a huge hit with these words: “Someone’s knocking at the door. Somebody’s ringing the bell. Do me a favor – open the door. Let him in.” Truer words were never spoken.
Sometimes I don’t understand quotes, but I like them anyway. Regina Spekter warns, “Beware of the weak; they’ll inherit your legs.” Dorothy Parker, a woman I usually find to be utterly sensible, wrote, “While there are hands above the table, there’s hope.” Hope of what? I can only speculate. My four year old niece says that “women are ladybugs; boys are fungus.” She may have a point there. My mom once gleefully proclaimed, “I was an oyster and the world was mine!” Bravo, Mom! You are the Alexander the Great of oysters, no doubt! I wrote down this quote by my friend Scheleen: “My mind’s all full of hog; I can’t think!” Swine Flu? Mad Pig Disease? It probably made sense at the time, but even if it didn’t, I like to use it in casual conversation whenever I can.
Actually, I have made a couple of other people’s quotes my own, but they are mostly nasty. Queens of the Stone Age sum up a feeling I know all to well when they say, “Ain’t no glory this side of the hole.” A friend of mine told me a story about something David Lee Roth said at a gig before launching into a famous Van Halen cover song, “Ice Cream Man.” I forget the quote exactly (that happens a lot), but it goes a little something like this: “There are only two flavors of ice cream: vanilla, and dick!” (That’s pretty funny, but now that I write it down, I think I may have gotten this one mostly wrong. Whatev! Who reads this much of the post anyway?) This leads me to my next favorite quote that I have stolen. In the tv show ‘Weeds’, Kevin Nealon’s character is upset because he is faced with doing some serious jail time. Worried, he begins to think out loud. “I can’t got jail,” he moans. “There’s no sushi in jail – unless you count dick!” Maybe I just like to say the word ‘dick’.
The only quote I use that I actually made up myself is: “Life may not be long, but it sure can be wide.” I think it’s real deep.
Anyhoo, here’s the third Writer’s Challenge: SEND IN YOUR QUOTES! They can be famous or infamous, yours or someone else’s, inspirational, profound, enigmatic or ridiculous. If you don’t send some in, I’ll write more. I got a million of ’em.

BONUS: Check out the “Blog of “Unnecessary” Quotation Marks, which is where I got the picture at the top of this post, and then used “by permission”. http://www.unnecessaryquotes.com/

1 thought on “Like I Always Say, or "Whatchu talkin’ bout, Willis?"”