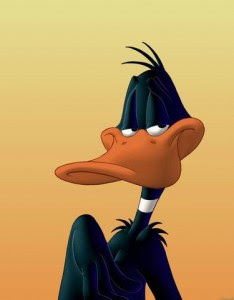 Hi there, faithful reader (aka Mom)! Seems like it’s been a really long time since I have posted. One would think that in all that time I would have come up with some deep, poignant, enlightening insights, but I… um… I’ve been busy doing lots of other stuff. Important stuff. So instead here is a series of detritus collected from the windmills of my mind. Enjoy.

FROM THE DEPARTMENT OF THINGS MY BROTHER-IN-LAW WISHES I WOULD NEVER SPEAK OF AGAIN: Duck Genitals
Now ya see, most birds don’t have penises. I don’t really know how the reproduction thing works, exactly; must be flaps and slots, levers and pulleys, stuff like that, but I’m not here to give you a lesson on the birds and the bees (which, as you probably know, are mysteriously vanishing, which is driving up the price of almonds, among other things. When someone mentioned this in my pilates class, my teacher snorted, “That’s ridiculous! Almonds don’t grow in flowers!”) As, I was saying, I’m here to talk about ducks, specifically. Duck dicks, to be even more specific (Sorry, Mom!)
The male duck, or drake, does indeed have a penis, and they can be as big as 14 inches. That’s right, you heard me. (Daffy sez: It ain’t braggin’ if it’s draggin’!) This is not altogether good news for the lady duck, which, by the way, is called a duck. I don’t know why she doesn’t get a special name. Anyhoo, the lady duck isn’t so into her massively endowed partner because duck sex is NOT consensual. The male grabs the female’s neck and forces her head under water (which doesn’t seem like it would be such a big deal, but apparently it is) and then rapes her. Nature is a cruel mistress and drakes are assholes. But the lady duck has a trick or two up her sleeve- well, not up her sleeve, exactly, but up her incredibly complex and highly evolved hoo-hoo. In her Fowlopian Tubes, if you will. (Get it?) It seems that the duck vagina has these false passages that lead to no safe haven for duck sperm to dwell and thus impregnate the sweet ducklet. By contracting her muscles she is able to steer the sperm of prospective mates either to the quackless zone or the bingo bucket. She even has one canal that ends up in a corkscrew shape that sends the sperm into a swirling vortex! I forget why, but still I will tell you about it. I can’t understand why Eduardo doesn’t just love this stuff….
FROM THE BRRRR RABBIT DEPARTMENT: Coldorado
I just got back from Denver, where I had to attend a really boring convention. While I was there a blizzard whooshed in. Schools were closed, roads were closed; the convention remained open. It was 13 degrees, with a windchill factor of…well, I don’t remember, but colder than 13 degrees. Nine inches of fat,wet snow blanketed the town. Giant bears that had just awakened from their winter hibernation turned blue and tried to break into huge glass houses. See the little person at the bottom of the picture? As you can see, he was TERRIFIED!

Horses, afraid of getting buried in the titanic snow drifts scrambled to the top of massive school chairs thoughtful Denverians had erected for just such occasions.

Red and gray foxes broke into peoples house to eat their food and drink their beer: 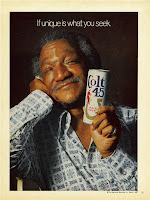 It was traumatic. I’m ok, though. Don’t worry about me.
FROM THE “DOUG HENNING ROCKS” FILES:
Was he a greater magician or musician? You be the judge!
http://www.youtube.com/watch?v=GKLy2qnwSwI