Skip to primary content
I work at an inner-city high school in a sprawling, mismanaged district. We perform poorly on standardized tests, are under-funded, and are plagued by all the problems you see on the news: gangs, drugs, apathy, hopelessness, teenage pregnancy, abuse, neglect, etc. Nevertheless, I am always amazed by the myriad things I learn there on a daily basis. Sometimes I’m shocked, sometimes touched (though I have learned that it is absolutely always wrong to touch back!), sometimes moved to tears, and sometimes enlightened, but mostly, school cracks me up. Here are some things I learned, saw, or heard this week:
1. Our school district, which sucks, has enrolled in a program called “We Achieve” that is designed, in the words of the district, “to enable us to become the best urban school district in the nation by 2010.” This goal is, of course, preposterous. I get the “dare to dream” concept, but really, if you knew our district’s track record, you would know that sometimes it is beneficial to deal in the realm of reality and truth, on account of wishing doesn’t always make it so. Just to illustrate, let me point out one of our school’s objectives versus the reality of the situation: While this year, only 1% of our students who took the SAT or ACT scored high enough to be considered “College Ready”, our goal for next year is 60%. Clap your hands if you believe, children! Anyhoo, imagine my surprise and pleasure when looking up at our school marquee, looming grandly above a busily traveled downtown street and visible from the highway, proudly announcing in big, capital letters: “WE ACHEIVE CUMMUNITY!” I felt blissfully satisfied and had an odd desire to light a cigarette, scratch myself, and take a nap.
2. Your neck is half the diameter of your waist. Therefore, if you are at the mall and you want a new pair of Dickies but don’t want to try them on, don’t unbutton the pants, but put them over your head, around your neck. If they fit comfortably around your neck, they’ll fit comfortably around your waist. I don’t know… 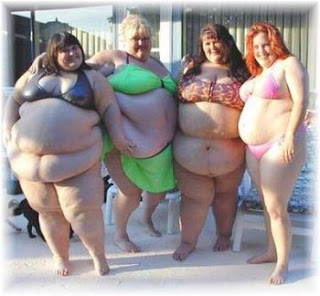 3. We have been studying the Holocaust in class. I learned a lot from my students’ research projects, but here are some things that stuck out in my mind: Zyklon B, the cyanide based poison that was used to gas six million Jews, was invented by a Jewish man named Fritz Haber, who was a Nobel Prize winner. Ironic, huh? The kid also told us that cyanide occurs naturally in cassava, lima beans, soy, spinach and tapioca pudding, but we probably won’t be eating enough of these things to cause death. Quite the relief, non? He said the primary way earthlings (his word, not mine) ingest cyanide is by smoking cigarettes, and that he heard on the news that in the 70’s a man put cyanide into Tylenol and that it only took five grains to kill a person.

Mental note to self: watch this kid, and don’t take any of his drugs or creamy desserts, even if he gives them as Valentine’s Day presents. Fun and delicious, but not worth the risk.

4. The Crips (or is it the Bloods?) have adopted the Star of David as their symbol. Weird, huh? I have always been a little suspicious of Sammy Davis, Jr., and am going to do some further research on him and his crew. 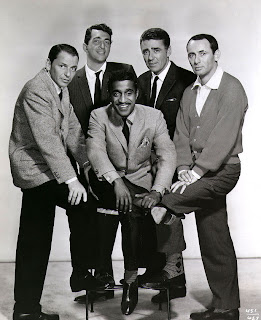 5. The word ‘mocco’ means ‘booger’ in Spanish, though I think only if it is a masculine booger. I also learned that anything you can spell with a ‘c’ is cooler if you spell it with a ‘k’, like ‘koffee’ or ‘kaka’. I learned this when someone tagged (oldsters: that means “performed an act of vandalism, specifically graffiti, in the effort to gain acknowledgement or claim territory”) the front of our school with enormous MOKO’s on the steps and on the windows of the principal’s office. Skool is kool.

1 thought on “Things I learned, saw & heard at school”