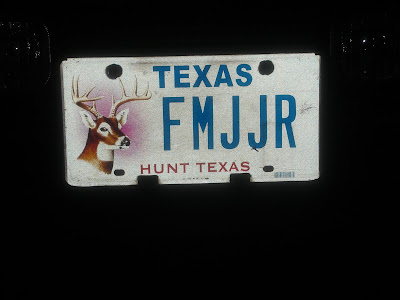 I am an avid hunter. I realize this news is surprising, dare I say even shocking to many of you, and I sense the disappointment flowing from some of you in searing, cybersonic waves. “Prithee, AVR, ” you wail, “say it isn’t so! Thou, O most gentle of leaders, art an advocate for peace, life, and all that is good and righteous in the universe! How canst thou preacheth the murder and fierce destruction of the hunt?”(Editorial Note – This is how the peaceful speak when they are impassioned. I realize it’s sorta 17th century, but I don’t make the rules here people; I just report the commentary and facts as they come in.) Others of you might recall that I am afraid of virtually all creatures that roam on land or sea (and also in trees, alleys, creeks, holes, foundations, under ground or hanging off the backs of multi-nippled rodents), and might think me too cowardly to actually wage war on nature, on account of they might look at me in a threatening manner that renders me paralyzed with apprehension. However, I assure you, I am a modern day Diana, Roman goddess of the hunt. Diana was also the goddess of chastity, which one could say made her goddess of the c….onsent. Anyway, I do hunt, but I limit my stealthy skills to only one formidable foe, an enemy so voracious, so hideous, so bereft of any moral sensibilities that grown men quiver at the sound of its name – The Tobacco/Tomato Horn Worm.

If you have not yet shuddered violently and felt your bladder constrict painfully, you are obviously not familiar with the beast. I am, because I am a farmer also. A hunter/farmer. Every year I have a beautiful garden, robust with all nature of flower and vegetable. Far be it from me to brag, but it s magnificent. Woodland creatures venture down rabbit bitten trails to enjoy my garden, and nature and I dwell in harmony, and frolic together during these visits; they cavort in the garden and I frolic too, but at a safe distance, behind locked doors. Here is a picture of a recent adorable visitor from the forests nearby:

As you can clearly see, I am happy to share the abundance of my crop with nature. I did not shoot this wild goatling, and not just because he stared me down with his crazy eye. I only kill the caterpillar.

Tobacco Hornworms start off innocuously enough. Some might even call them cute. They are spring green and have diagonal stripes on them, and they are initially about the size of the little red ‘horn’ that grows from their back end, about a half an inch. In those carefree days of their youth, even if the amateur farmer/hunter was to spot them, she might be lulled into mercy; they look so helpless and harmless, curled into the interior of an unsuspecting, Innocent tomato plant, whose delicate leaves shelter the hornworm infant from the sun. But beware, farmer/hunter! That asshole insect is even then plotting, scheming, and worse of all eating its way into your plants and your psyche! One day, before you know it, they will go from this….

Isn’t it awful?! Look how gleefully it rubs its greedy little fingers together like a larval Mr. Burns! 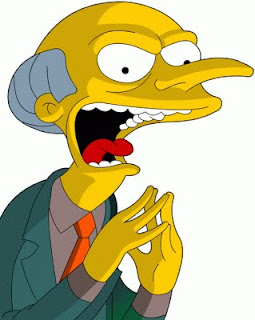 These little Genghis Kahns are out of control gluttons when it comes to the crops I lovingly tend and fret over all summer long. They will wipe out a tomato plant overnight, no lie. They burrow in the interior of the plant by day and feed on the leaves and fruit by moonlight, not even stopping for bathroom breaks. In fact, they leave their pooh balls, or frass, like little black calling cards, tiny howdy-doo-doo’s, if you will allow me the metaphor. They munch with such impunity that you if you listen closely, you can hear them crunching your precious plants! When confronted, they rear back on their ridiculous horns and HISS at you! They are not afraid! They do not recognize your superior strength and intellect! They just carry on, gulping and pooping until there is ABSOLUTELY nothing left of your precious plant but a sad green skeleton. Then, they worm themselves into your brain.

The pitiful farmer is out of her mind with grief and rage over the senseless murder of the fruits of her labor. Slowly, she becomes obsessed. She wakes early in the morning and stalks the stalks that were once voluptuous verdant vegetables. She patiently feeds the plants until the tender new sprouts of foliage timidly uncurl their fetal fists. And then she waits, but this time she knows the signs. She buys a spelunker’s helmet and a beam of light pierces the night skies as she makes her rounds, rooting out the hornworms, peering at the undersides of leaves for the babies. She can’t sleep for waking, she goes through workdays in a haze, longing to exact her revenge.

My father sent me an article about how to dispose of hornworms. It said to concoct a soapy mixture and drown the bastards in it, but I think that’s letting them off too easy. My fellow farmer friend, Trixie, used to stomp them with her boots – their guts goosh dayglo green!-but now she feeds them to her chickens. 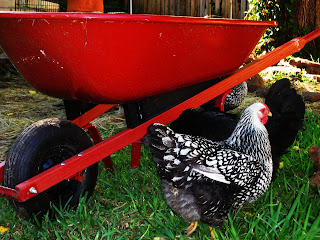 But not me. Those fixes are too good for those thieving, chewing, tomato Terminators!Hornworms hate the sun and heat. Their gooey, boneless bodies simply won’t tolerate it. So what I do when I find them – oh, and I will find them!- is first, delicately remove the leaf that they are unsuspectingly sampling, so as to lull them into a false sense of security – well, that and also on account of I’m scared to touch them – and then walk down to the edge of my acreage, whereat runs a busy thoroughfare. I then hurl them out on the sizzling, bubbling tar of the street. I can just hear them hissing futilely at me as they arc through the sky and hit the asphalt in the full blazing glory of a sunlit Sunday! But I have no compassion! Let ye who have reaped so wantonly the efforts of another now taste your bitter dessert! I can only hope the final vision of the guilty offenders is that of a giant silver scrotum hanging off of some dickhead’s truck as he barrels down on the hornworm, splatting him straight to hell!!!

I don’t expect all of you to understand, but you don’t know what it’s like to be a farmer/hunter in a recession. And in a health care crisis. At wartime. With cramps.