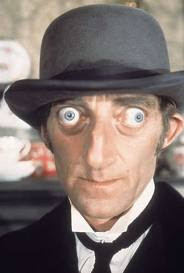 I have been getting bouts of dizziness for years. They come and go and range in severity. I used to think they were fun. I would first feel funny, both strange and ha ha, in my legs and low back, like my blood was giggling. To put it more technically, I suppose one might say it felt like my veins were constricting and it left a tingly sensation. Then, I would hear that blood,whooshing in waves to the beat of my heart in my ears, or more like in my skull, and then my eyes would feel wonky and then focused and stuck, like a drunk staring at his shoes, and then woo-dee-hoo, dizzy like when you were a little kid playing with big kids on the merry-go-round, and everyone was laughing, and you were too, and then all of a sudden, you got very quiet, quiet enough to hear a tiny voice from inside you say, “Uh-oh. I think I’m gonna have to tell ’em to stop… Real soon… Maybe now… Yep, now’s the time,” and then another voice, thin and more little kid than you’d hope, scream-whined, “Stop! I can’t take it! Stop this crazy thing!” What’s not to like about that?

Since I’m older and cooler now, and there’s nobody around to stop the spins, I usually try to focus on something in front of me and just walk through it. Sometimes this works. Sometimes I have to stop and hold on to someone or something. Once I had to sit on a curb because I was afraid I would fall into the street. One time I had to lean in the doorway of a liquor store with my head down until the manager came out and told me to move along.
I told my family about it, and my doctor, who was very briefly worried and ran some tests. She called back and told me she didn’t know what caused “the spells”, but that I was fine. Good enough for me.
Recently, she got fired, or dis-barred, or whatever happens with doctors. I was sad to see her go. She was a nice lady who sometimes talked to me about some of her other clients who were strippers. We talked a lot about our vacations, too.
The new doctor is very thorough and apparently read my charts. We’ll call him Dr.X.
“It says here that you complained of dizziness about seven years ago. Whatever happened with that?”
“Oh, Dr. Y ran some tests and said that I was fine.”
“So you don’t get dizzy anymore?”
“Oh yeah, I still get dizzy. Especially in the summer. I got real dizzy in my classroom and almost fell off a desk! My students thought it was hilarious, especially this kid named Deonte whose head looked like a butt…”
Dr. X cut me off. He’s a very busy man.
“What tests did Dr. Y do?”
“Ummm…I don’t know. Blood was drawn. Urine was sampled. Insurance was charged. I don’t remember. She said I didn’t have a tumor.”
Dr.X referred me to a specialist – a dizzy doctor. He told me I had to make an appointment before school started.
So I went to South Dakota and climbed a really high mountain…but I’m getting ahead of myself.
When I got back from South Dakota I went to the appointment.
The appointment was at noon, but a lady on the phone told me not too eat after midnight the preceding night, so in the morning I had some coffee. And a peach. An about three of those spicy pickled green beans people put in Bloody Mary’s. Dang, those things are delicious, y’all!
Prior to actually seeing the doctor I was going to have to fill out papers and take some tests. Fair enough. Turns out there were TWO HOURS of tests! That’s right! Two hours! I should have waited until school had started and then taken a day off to spend two hours at the doctor’s! Stupid Dr.X and his telling me what to do!
So yeah, lots of tests. Hearing tests with all kinds of little tricks to them: “…press the button as soon as you hear…would you call this a rattle or a hum?…repeat the words in the order that you hear them…is that a beep or a buzz?…what about now?…stop trying to read my lips!” There were eye tests where I had to wear these weird glasses that had cameras in them that recorded how my eyes responded to light and movement. The glasses were strapped so tightly to my head that all I kept thinking about was Marty Feldman as Igor in Young Frankenstein, and how much pressure it would take to pop my head like a zit. “Follow the dot with your eyes…and now up….and down…use your eyes, not your head…and now the dots as they come out from the left side of the screen…and now faster…faster…and faster…you’re going to give yourself whiplash! Use your eyes, not your head!”
Finally the nurse said we were almost done. “This will be the last test. It is a little uncomfortable, but it won’t take long. I am going to make you very dizzy…” She put a small kidney shaped bowl in my hands. “Just in case, ” she nodded knowingly.
Really, this dizziness thing was getting less fun all the time.
She put goop on my head, face and neck and stuck receptors into the goop. I had to lay down on the examination table and get connected to a computer. She spindled, folded and mutilated me into the exact position she wanted me in and told me to relax, but not to move a muscle. She put a clamp thing on my finger and the camera glasses over my eyes. Then she put these cuffs around my ankles so that I would be still, and she could be sure that my reactions were all neurological and not physiological. Before I could begin to panic, she flipped a switch and the exam table lurched into motion, whipping me around and around like a chicken strapped to a ceiling fan!
No, that part didn’t really happen. But all the rest is true! After I was hooked up and plugged in and clamped down, she made me shut my eyes. She said she was going to blow cold air on my ear drums for sixty seconds, and I would get really dizzy, and then she would say, “Open your eyes,” which was my signal to open my eyes. Then maybe I’d puke, and then she’d monitor my reactions and help me get focused again, and then she’d repeat the process with warm air.
“Yay,” I said, but I think she could tell I wasn’t really happy.
When someone aims a jet of cold air directly at your eardrum for sixty seconds, it is loud. Then it is uncomfortable. In the last twenty seconds, it is nauseatingly dizzying. Vertiginous, if you will. 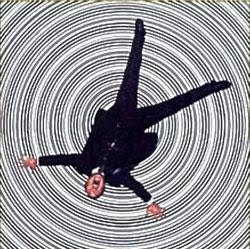 It’s very surreal and highly disconcerting. You want to cry, but your tears are too dizzy to make their way to your tear ducts. To make sure that I wasn’t slipping into the void, she made me tell her girls’ names that started with different letters of the alphabet. My eyes were desperately trying to focus on a large dot on the wall that kept jerking towards the ceiling. I couldn’t remember how to make me lips form words. Thinking seemed too far a stretch to attempt.

“Come on!” she yelled. “A name that starts with ‘A’!”
My name starts with ‘A’, but I couldn’t remember it. I was trying to locate my hands to see if I was still holding the barf bowl. Let’s see… I used to keep my hands right next to my arms…
“AAAAAAAAAAAAAAAAAAAAAAAAAAAAAAA!!!!!!!!!!!!”, she screamed. (Perhaps I am remembering this a bit more dramatically than it actually occurred.)
“Althea. Araminta. Anastasia. Ahuva. Anayeli. Alcestra. Amberlyn. Antoinette. Aquaneshia.”
“Wow, ” the nurse said. “Ready for the other ear?”
The doctor said I have fluid in my inner ear that sometimes “leaks” to my middle ear and wells against my eardrum, which makes me dizzy. I told him this was hard to believe, since I never swim and seldom bathe. He assured me that we all have fluid in our ears, but that I produced excess at certain times, because of allergies and stuff. The dizziness could probably be cured with medication, which he would prescribe. He was much more worried, he said, about the hearing loss.
“What?” I asked.
“Good one, ” he said. “But I’ve heard it before.”
“No, really!” I exclaimed. “What hearing loss?”
“Do you shoot rifles often?” he asked.
The doctor explained that I’d lost the highest range of sound in one of my ears. Losing this frequency is relatively common in the elderly (RUDE!), but he couldn’t figure out how I’d lost it in only one ear. The fluid ear has perfect hearing. We will have to do an MRI to see if all the signals from my ear are being sent to the brain, but I am definitely scheduling that for a school day. And I’m eating first, too.
I’m pretty sure my hearing loss is caused from all the bad, loud music I have been subjected to. I specifically blame the Grateful Dead, and even more specifically fault this one guitar lick I was forced to endure repeatedly, at unimaginable decibels and in the dim light of one candle and some glowsticks. It was excruciating, and even the memory of it blanches my skin. That lick, and Sarah Palin’s voice. I must never hear them again, not even for a moment.
I’m a little sad to be deef, even though I don’t notice it, because nobody uses those extreme high pitches in daily conversation. My sister keeps testing me, squeaking nasty things about me to her husband in the voice of a dolphin. He yells at me like Garrett Morris in the old Weekend Update skits on Saturday Night Live. The upside is that when my school calls me to tell me it’s time to come back, I can be late and tell them I couldn’t hear what time they said. I can guilt my students into being quiet while I tell them interminable stories about the history of Mount Rushmore. And if I ever meet a handsome gentleman who strikes my fancy- and believe you me, my fancy could use some serious striking- I can say, “Hey, why don’tcha come a little closer and whisper in my ear…I can hear you better that way!”
QUERY: The other day, Tuesday to be exact, 78 people looked at my blog. I can account for about 30 of those hits myself (I can’t help it! I think I’m fascinating!), and at least 10 of them were probably searching for that Blue Meanie I used that one time, but still and all, that’s a lot of people! Who are you? How did you get here? What are you looking for?
I can only figure it’s because I said ‘cocksucker’. You like it when I talk dirty, don’tcha?! Who’s a Naughty Ned or Nancy?! You are, dirty bird!
Whoever you are, and for whatever reason you’re reading, thanks. Don’t cyberstalk me and steal my identity, ok?
NOTES to folks: Smurp, Jono and Kari – I’m so happy we’ve reconnected! Thanks for being so nice to me! I’m looking forward to getting to know you all over again!
E.D.B. – Doh! I said it again! Sorry about the potty talk!
KB – Welcome back!
Jenn- I love you. Let me know if I can help.
For LSD: A topless bikini photo 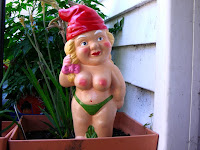