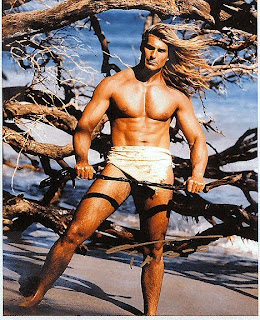 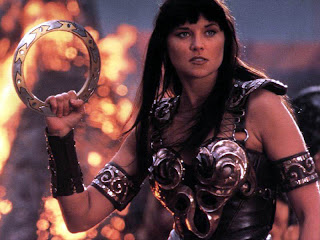 Xenophobia – (n.) An unreasonable fear or hatred of foreigners or strangers, or of that which is foreign or strange.
Xenafabiophobia -(n.) An unreasonable fear or hatred of Xena, warrior princess, and Fabio, romance novel model, author, and “I Can’t Believe It’s Not Butter” spokesman, both of whom are foreign and strange.
1. I was thinking about the concept of seeing one’s life flash before the eyes, right at the point of death. It seems a shame that one’s last moments would be spent watching a re-run. I’d hope for one last new ep, even if it was a cliffhanger.
2. Speaking of xenophobia, the New York Times ran a story about the graphic art used in modern propaganda. http://www.nytimes.com/2010/01/17/arts/design/17abroad.html?scp=1&sq=when%20fear%20turns%20graphic&st=cse If you click on the link, check out the slide show to the left. The graphics are cool, but the content is disturbing. Anyhoo, fascinating and timely as the article is, the observant reader will notice that this blog brought you news and commentary of said propaganda on November 29, 2009, ALMOST A FULL TWO MONTHS before the NYT! Finger on the pulse, baby, finger on the pulse!
This poster is from the British Neo-Nazi Party, which just won two seats on the European Parliament. 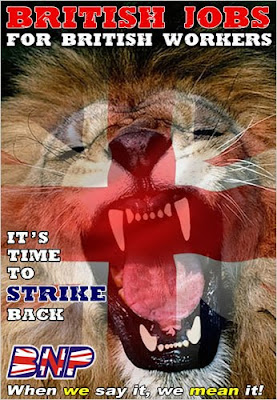 3. Another real fine book: Sum, by David Eagleman. Eagleman is a neuroscientist by day, fiction writer by night. I love Sum; it’s forty different versions of the afterlife. Some are funny, some scary, some poignant – all of them made me think. It’s especially great to read on the terlit (pronounce that like Archie Bunker would), because each story is about a page and a half. Perfect timing! He also co-authored another book I am really interested in reading. It’s called Wednesday is Indigo Blue, and it’s about synesthesia, which is a weird – and kind of wicked cool – cognitive disorder in which separate senses join together. Here’s how the medical journal amazon.com’s product description describes it: “A person with synesthesia might feel the flavor of food on her fingertips, sense the letter J as shimmering magenta or the number 5 as emerald green, hear and taste her husband’s voice as buttery golden brown. Synesthetes rarely talk about their peculiar sensory gift—believing either that everyone else senses the world exactly as they do, or that no one else does. Yet synesthesia occurs in one in twenty people, and is even more common among artists.” Vladimir Nabakov was a synesthete, and so is his son, Dmitri. My friend Reed, a physicist, has read the book, and he loved it. Usually, if the book is science-y and Reed loves it, I don’t even consider reading it, but this one just might please us both.

I’m actually finished talking about this, but I can’t figure out how to get my pictures to all line up horizontally, and I figure I owe you a little sumpin’ – sumpin’ if you’re still scrolling…

…Ayup. That’s about all I have for now. Keep those cards and letters comin’!