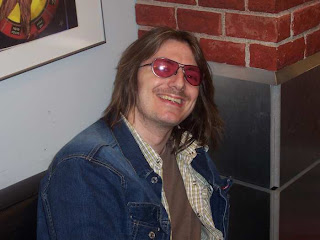 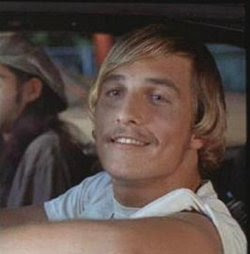 I just got back from a fantastic mini-vacation, magnificently planned, I must say, to have a maximum amount of fun for a minimal amount of time and money. All went swimmingly, except for one little hitch; I couldn’t turn my head. I’ve had a little problem with tension in my shoulders for about six months or so, but lately it’s gotten worse, so I went and had a massage, which I enjoyed. The masseuse rubbed my neckial region and then told me that my glutes were activated. Of course, I thanked him politely; I’m nothing if not polite. He informed me that active glutes are not a good thing, and spent the rest of the session gouging his elbows into the fat of my ass. I was bruised for much of the rest of the week, which completely took my mind off the fact that my shoulders felt like they had been cranked up to my ears and been superglued there. I would have just sucked it up – I’m nothing if not a sucker -but my friends kept making fun of me whenever I tried to turn my head. “Ha ha!” they laughed. ” She looks like that robot from “Lost in Space!” Hey, Barney Rubble! Where’s your neck, Barney? Ha ha!”

My friends are hilarious.

Still, I figured I couldn’t spend the rest of my life never looking left, so I decided to do something about it. I’m nothing if not a decider.

I looked up my old bud from college -I’ll call him Jon, because that’s his name – because he is an expert in relaxation. In fact, my most in my most vivid memories of him from those days, I always picture him in bed. In the days since, he has continued his higher education, and become a massage therapist, and now he knows lots of stuff about muscles, tendons and connective tissue. He was kind enough to clear his schedule and give me a bit of the magic touch.

I expected candles, water noises (always makes me have to peepee), scented face pillows, and soft, whispering touches, and experience from which I would emerge as loose as the elastic in Britney Spears waistband (Get it? On account she don’t wear no panties! They’re never on, get it?!) Alas, none of this was to be. Jon proceeded to tell me everything that is wrong with me, and Lordy Lou, I am jacked up! I have pinched nerves, swelling around my L7 (a swollen lesbian band?), Darth Vadars Spatula, TMJ, REM’s , Sphygmoidal Redaction, Carpet Tunnels, Primae Faciae, and Pectoralis. There is a chance I misunderstood some of the things he told me, though he explained very patiently; I was just so OVERWHELMED by everything, and it was hard to focus. I do recall that he said that I had some muscle tone under my fat, which I took as a bold flirtation – flattering, yes, but inappropriate under the circumstances. Anyhoo, Jon was as shocked as I was at the extent of my tension. Muscles that should feel like rubber bands felt like piano wire, and at one point, when he pressed a spot in my jaw, I burst into tears. How did I get this way?

That’s right, ladies and gents! You guessed it; I haven’t been complaining enough! It is just NOT good for you to contain your poisonous stress levels, and if you don’t eject that venom onto society as a whole, it backs up and clogs your system. You need to roto-rooter yourself with a good dose of cacking and get that stuff out of you! Take your lambda probe and clean out your bitch-filter! Let it fly, people! Don’t hold that stuff in!

Of course, there are other things you can do to reduce tension. One of those things is to relax. In order to facilitate this, I have decided to talk like Matthew McConaughey or Mitch Hedberg, two guys who actually sound a lot alike, except for the first is stoned and stupid, and the second is just stoned. And also deceased. Anyway, when you talk like that, it’s hard to be uptight, alright, alright. I am also considering developing a prescription drug addiction, but so far my doctor hasn’t been altogether cooperative in this venture. I am definitely going to take more vacations, because the fun is good for me. Finally, more massage is key. Maybe next time another human being touches me, I can bear it without sobbing. In the meantime (Mean time? What does that even mean? Average time? Aggressively unkind time? Significant time?), I have a new challenge for myself: chillax and be happy, and when I’m sad, frustrated or angry, or if my feelings are hurt, I’m telling. So, I’ll listen to your complaining if you listen to mine. Even if it’s boring. Anybody want in on this action? I’m nothing if not generous with my solutions to life’s little problems.

Poem that Complains About the Heat, by Liliane Richman:

This is what it looks like when things are going swimmingly.

This is what it looks like when things are NOT going so swimmingly.

QUESTION TO PONDER: When fish are whacked, do they say, “Yeah, Louie the Fin? He’s sleepin’ with the humans, now!”?

ANOTHER QUESTION: How would you punctuate that last question? I’m nothing if not puctual…

I think I am going to try not to complain for a whole week. This is a challenge I sincerely doubt I will be able to meet. Not only do I enjoy complaining, but I am also enamored of engaging in any of the acts synonymous with complaining, i.e., grumbling, grousing, griping or even growling. In fact, I feel great when I grasp the grooviness of a grand, graceful gripe! I gravitate towards groups of graybeards greedy to groan gregariously, and with gravitas, over matters both great and gram-like. (Alliteration – always a good time, but can be so addictive – not that I’m complaining!)But I digress. As I was saying, I come from a long line of kvetchers. I can’t help it. It’s in my blood.
I was a bit unsure as to what exactly constitutes a true complaint. I mean, if I tell someone about something that is negative that has happened, like the fucking caterpillars eating my beautiful tomatoes, but I just state it as a fact, is that complaining? If I someone asks, “What do you think about all the big blockbuster comedies coming out this summer?” and I tell the truth about how I don’t think they are funny, and that they’re stupid and I get really bored during the flick and start thinking that all of America is part of an idiocracy that just keeps getting dumb and dumber, is that complaining or just answering a question? (Did ya see how cleverly I worked in the titles of two such movies? I got it goin’ on!)
I went to an expert. My friend Denichiwa can complain fluently in two languages, and has the soul of a poet. She has raised the bitchfest to an art form. She says that a true harangue is dependant not only on content, but more importantly on tone and intent. This means that I will have to think before I speak of not only what I say, but how I say it. ‘Pre-think’, as I like to call it, is not my strong suit. I’m more of a let-it-flow kind of gal. Still, I decided that I was up for the challenge. I am resolved not to pollute the cosmic, karmic airwaves with my poisonous negative vibes, at least not for a week.
Of course, one should never be too hasty when embarking on such a daunting trial.
As fate would have it, on Monday, when I decided to quit whining, I had a doctor’s appointment. To not complain at the doctor’s office is irresponsible. Patients have the obligation of holding nothing back from their chosen medical professional. So I complained about everything: waking up to pee in the night, allergies, the heat, vertigo, impetigo (I don’t know what this is, but I think I probably have it) moles, weak ankles, hdl, ldl, dsl, the lds, how tightly the blood pressure cuff squeezes, hair that is lacking in luster, dry skin, entropy, plastic surgeons who did that to Michael Jackson’s nose even if he asked for it, Sarah Palin, things that look delicious but aren’t, summer movies, dental floss, how pets won’t clean up after themselves, fucking caterpillars*, cleaning the toilet, not clean toilets, when the lid of your urine specimen cup falls into the toilet, blog entries that go on for too long, the education system, the sewer system, the renal system, war (past, present and future), Drew Barrymore’s childish lisp, how my sister is always right about everything – you name it, I complained about it.
I have to say, I feel much better. Cleansed, even. Lighter. Almost holy. I am ready to shut my piehole and not whine for a week. I’ll let you know how this develops.
*The word ‘fucking’ is used here as an adjective, not a verb, though I imagine the actual act would be a cause of myriad complaints.
http://www.albinoblacksheep.com/flash/piehole