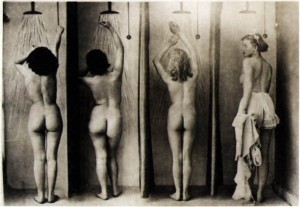 Me, when I lived in Black and White Panels. Still had to bathe.

Yesterday I had to be at work from 7:00 a.m. to 7:00 p.m. I know, I know. Just that is enough to make you want to send me a small gift. It’s very hard for me to “have to” do anything, and when the obligation begins when it is still dark and cold outside and I’m sleepy and cranky and have to bathe, and when said duty stretches past my late afternoon nap and happy hour, well, frankly, I’m just a wreck. I had parent-teacher-student conferences, which means I had to be nice, patient, knowledgeable and concerned all the doo-dah day, and I couldn’t cuss or pick my nose, not even a little.

Because I’m all about making a good impression, I decided to wear my super cool gray heels. Comfortable and functional, they are also lovely, and allow me to tower over most second and third graders, so I felt they would provide me with a little visual cred and superiority. I’m all about superiority.

Well, somehow I made it through the day and fought rush hour traffic to arrive home again, home again, jiggity jig, happy as could be at the prospect of dinner and warmth, catching up on my emails, my thoughts turning all fluffy pillows and clean blankets, and finishing my George Saunders book, which I’ve been putting off, because it’s so good I don’t want it to end. So excited was I at the joy of cocooning that I missed a step, twisted my ankle and fell down, hard, purse, homework and lunch bag flying, on the cold, unforgiving cement. Tragedy!*

*This is to be sung like the Bee Gees did in their 1979 hit single by the same name. Please make a note of this for future reference.

It hurt. I immediately felt I was going to throw up, and, as I fell compelled to do in such situations, tore off most of my clothes to stave off the puking.

So there I was, half naked and mewling on the pavement, bleeding from one leg and unable to stand on the other. Atticus spotted me, and, helpful companion that he is, jumped up on my shoulders, hit my chin with his steel encased dog head, drooled in my hair, gave me a big, dog-tongued wet willie, whined and pranced to let me know he was ready to start our evening walk, and then farted and ran away, leaving me in a cloud of stink that managed to scorch my retinas, even through the flood of my tears.

**This is  to be sung like Paul McCartney in the 1973 hit single, “My Love.” Please make a note of this for future reference.

Sometimes when you sprain your ankle really badly, you instantly grow black man hair on your leg. It’s medical. Look it up.

I know I’ll be ok. Actually, this happens to me pretty often, because I have silly little bird bones and my ankle is the size of an ant’s knee, so it’s weak and I twist it a lot. It’s just that this month has been a rough one for women like me. You know, the kind of women who put a high value being independent and self-reliant, and who learn about life from TV sitcoms.

Like Ann Romano. She was a newly divorced mother in the 70’s who decided to reform and transform her life by taking back her maiden name, living honestly and openly, and trying to be a role model for her two teenaged daughters. She shucked her bra, made new friends, and even got to the point where she felt ready and willing to try romantic love again. In the 70’s, many women were striking out on their own, and it took bravery and conviction, because giving up on marriage and attempting to juggle the three ringed circus of work, family and personal fulfillment was a new paradigm. Ann Romano’s very presence told these women that they were not alone, that the idea of what was normal and acceptable in society was changing, and that, with love, courage and humor, they could one day sing proudly and with confidence, “I will survive.”*** 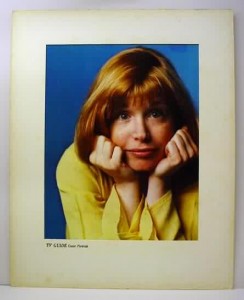 Ann Romano is fictional. She was the mom in a sitcom called “One Day At A Time” that was, in my opinion, pretty lame even in its heyday. But I still watched. Growing up in an apartment with a mom who worked full time, with  siblings who grew increasingly estranged as they tried to fit into their little kid or adolescent environments with little parental guidance, learning from and leaning on their similarly confused friends, is kind of a hallmark of my generation.

Rhoda Morgenstern is fictional also, and her sitcom wasn’t the greatest either, but she was awesome. She was a working girl from the beginning, first as a window dresser, then as a costume designer and finally a photographer. She was first cast as a brash, quirky best friend to Mary, a shy Midwesterner, but she stole the show and got her own series. She was exotic, in her way; dark, turbaned, Jewish, and single, mostly because she wouldn’t settle or lose herself in someone else. She was a great foil to the bloodless WASPy blondes that were ubiquitous in American media at the time. She was down to earth and self-assured. She talked with her hands. She had a nasal voice that rang out loudly, even when the moment was quiet. Rhoda was hot-blooded and cool at the same time. 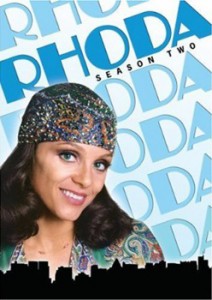 On March 1, 2013, Bonnie Franklin, the lady who played Ann Romano, died. Yesterday I heard that Valerie Harper, the woman who played Rhoda Morgenstern, has been diagnosed with brain cancer and only has 3-6 months to live.

I suppose it is strange that some of my role models are TV women who were created by men for a mass audience of weary people that wanted their reality delivered with a laugh track. Still these characters are an undeniable piece of who I am, and the place and time from which I come. Seeing the women who played them age and lose their independence, and realizing that, for many, they are, at most, an semi-interesting footnote on the evening news or Entertainment Tonight, is, I have to admit, sad for me. It hits close to home. Things like this remind me that we all get older, and one day, even if we really meant something to someone, or if we cared and tried to promote change or goodness, one day we will be forgotten. It’s like drawing a line in the sand; that line means something, stands for something, but it will be swallowed by the ocean as surely as the person who drew it, perhaps the only one who knew what it meant, will be swallowed by time. That’s just how it goes with sand and lines and time.

So today is a cold, gray day, and I’m sitting with my ankle propped up on two pillows, alternating hot and cold compresses, thinking about inevitability and the unknown, of the loss of control and the way change crashes in, whether we want it to or not, and who we are and what we will leave behind, and if anybody will care about it anyway, and how these thoughts are so cliched and sad sack. Still and all, that’s what I’m thinking.

That, and if I should have Atticus put down due to excessive, intolerable flatulence. It really is disgusting.

Of course, I’ll never do it. I love him, and besides, everyone needs someone to notice when they fall and to make a big deal out of your every day not much, like a twisted ankle or just the fact that you made it home. In the end, I guess it doesn’t matter so much what we leave, it matters what we live. 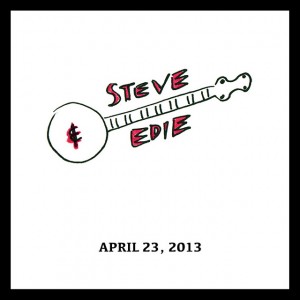 Coming soon! Look for it!