Try it: close your eyes and concentrate on a picture of your own brain…

Viewed from the top, your brain resembles something from Dante’s Inferno, a pit to which lost souls have been consigned, their fleshy bodies coiled together with hardly a space to separate their agonies of damnation. It is a sight such as might have greeted the liberators of Auschwitz as they stared into mass piles of naked, unburied corpses. A ghastly, pressed jelly of humanity, this pate de fois gras of thought. 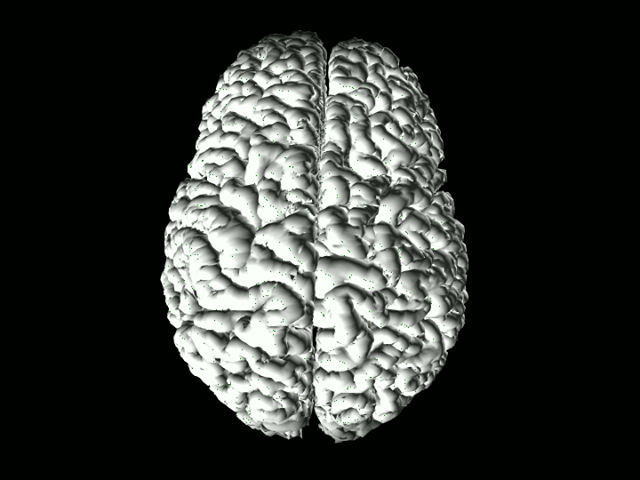 Seen from the side, your brain is a dancer, or an acrobat, impossibly muscled – will you look at those biceps and those pectorals – bent into a foetal position, the arm (temporal lobe) wrapped around the leg , the head (cerebellum) resting on the shins (medulla oblongata). 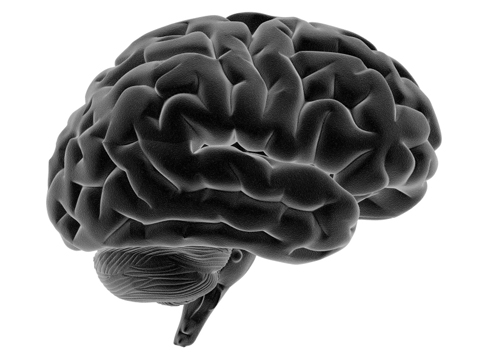 From underneath, your brain is something obscenely hermaphrodite. There are the fronatl lobes meeting like the labia of the human vagina. And beneath them, the pons and the medulla oblongata that reminds you of a semi-erect penis. 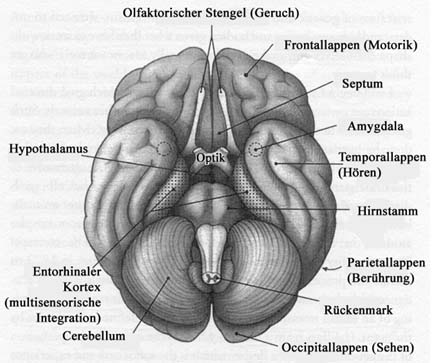 Dissected, sectioned coronally form ear to ear, the imperfect symmetry is like a Rorschach inkblot, that diagnostic tool of unstructured personality tests once favoured by psychologists.

But where, you say, among all these lobes and hemispheres, stalks and tracts, fissures and bulbs – where are the thoughts, these logical pictures of facts?The plain fact is that we must think on an even smaller scale if we are to find their origin. We must come down to a measurement of one thousandth of a millimetre, to the simplest element of nervous action, the neuron. 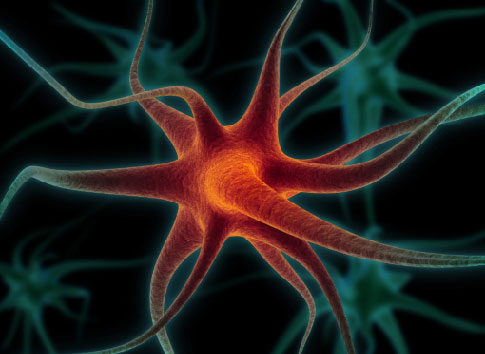 Now can you picture them? So quick in their synaptic jumps from one to the other that you could be forgiven for missing it the first ten thousand times. and listen, can you hear the electrical energy that is generated as these synapses take place? You can? Congratulations. You’re thinking. 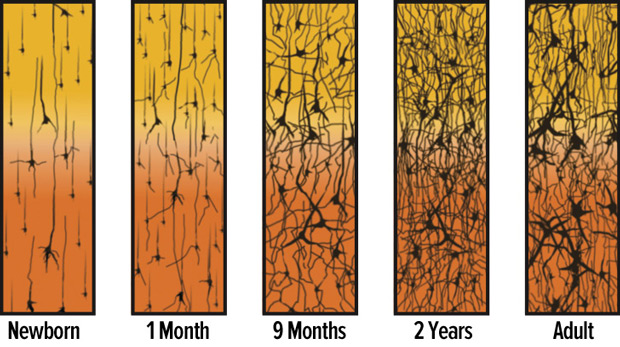 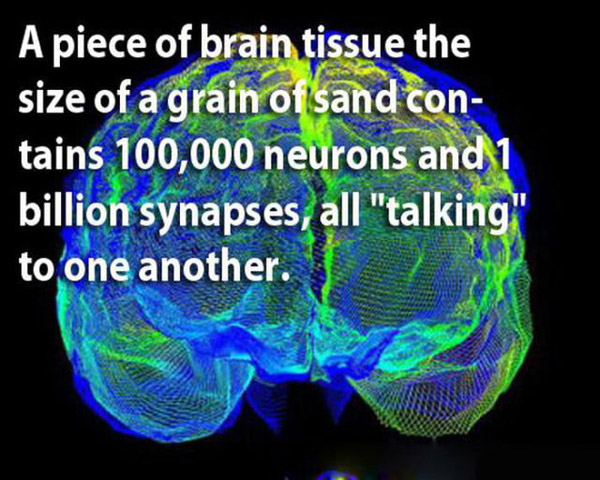 *It’s not the size of the ruckenmark; it’s how you use it!