This is my version of a live tweet. It’s not live, nor is it on Twitter. Deal with it.

1. CNN gives the media a bad name. It is now 37 minutes into this debate, and the first substantive question has been asked. The moderator said he wanted to be equitable in allowing people to speak, but prior to this point, all the questions have been directed to Trump, who brings me to my next point:

3. Trump says he would get along with Putin, which makes me wonder about shirtless photo ops. I wonder what the Donald’s chest hair looks like? Orange nipple comb overs?

4. Ted Cruz looks like the son of the kid on the Munsters and the Penguin. 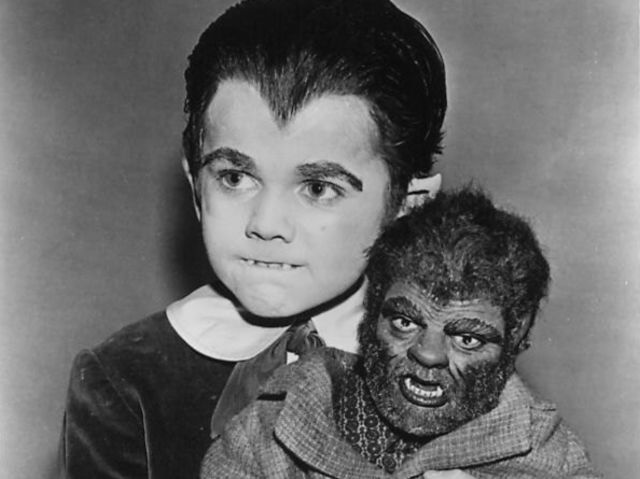 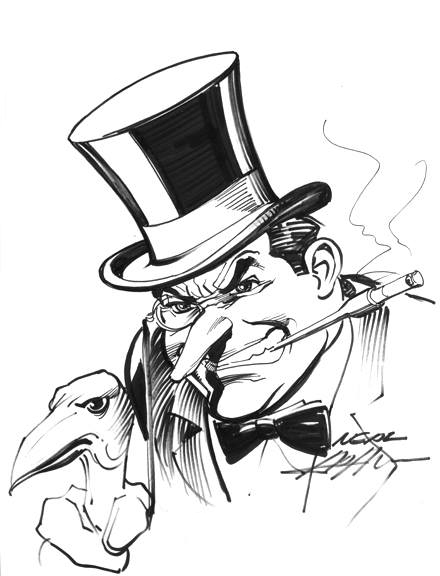 Just Google any picture of Senator Cruz to see what he means. In this one he looks like a real sad and hungry baby bird of prey. 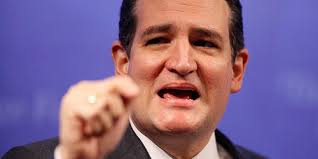 Ca Caw! Somebody feed him a Democrat!

5. Both Jeb Bush and Mike Huckabee believe that Kim Davis, the clerk in the progressive state of West Virginia, should have accommodations made for her so that she wouldn’t have to obey the law, which allows gays to marry, and sign their marriage certificates. What accommodations would those be? That she doesn’t have to do her job? True, the parameters of her job changed suddenly…that’s happened to me before. I disagreed with the new direction my company was going in, and had to quit. I don’t get what accommodations can be made that allow a person not to do what they are paid to do. However, I’d like to invoke that rule, as lunch duty is against my beliefs. It infringes on my liberty and I conscientiously object to it.

6. Boy, those Republicans sure do hate Pro Choice.No, wait, they just hate Planned Parenthood. No, it’s Reproductive Rights. And Iraq.

7. Ooh! Now they’re talking about immigration! I can’t wait for someone to quote from “The  New Colossus”! Just in case you forgot, here is Emma Lazarus’ iconic American poem.

Not like the brazen giant of Greek fame,
With conquering limbs astride from land to land;
Here at our sea-washed, sunset gates shall stand
A mighty woman with a torch, whose flame
Is the imprisoned lightning, and her name
Mother of Exiles. From her beacon-hand
Glows world-wide welcome; her mild eyes command
The air-bridged harbor that twin cities frame.

“Keep, ancient lands, your storied pomp!” cries she
With silent lips. “Give me your tired, your poor,
Your huddled masses yearning to breathe free,
The wretched refuse of your teeming shore.
Send these, the homeless, tempest-tost to me,
I lift my lamp beside the golden door!”

8.Trump says if he deports millions of people, “the good ones will come back – they’ll be expedited.” Oh, Donald! Sure, everybody believes that!

Your family story has grown tiresome. Your dad was Cuban and your mom was a maid. Hallelujah. http://www.washingtonpost.com/politics/marco-rubios-compelling-family-story-embellishes-facts-documents-show/2011/10/20/gIQAaVHD1L_story.html

10. From the twitosphere (which is actually just my cellphone. Again, not on Twitter. I got a text.)

“Wow, An Asshole-off…makes me want to buy a gun and shoot my television.”

13. Which would you rather have: 10 billion dollars, and be forced to give up 1 billion to make your country run, or ten dollars, and have to give up one of them for the same reason? Rand thinks it should be 14.5% of income across the board, as opposed to the 10% I have described, but I am mathematically challenged, so I don’t even know what the hell he’s talking about.

14. Scott Walker on raising the minimum wage: We should not do it, because then people won’t want to get an education, which would allow them to get a higher paying job. I forgot that the only reason people try to learn things and evolve is to get paid well. Silly me, it all makes sense now! The only way to get people to better themselves and pursue academic enrichment or stimulation is to pay them less. Consider this teacher schooled! And how ironic! I learned my lesson from a man who hates teachers!

15. This Guy Smiley dude who is moderating the debate is bugging the crap out of me. It’s official.

16. Rubio dealing from both hands! He’s a senator who hates the Senate!

17. Man-oh-man! What an “I’m rubber, you’re glue” 7th grade bully fest! All they need is a toilet to shove someone’s head in! How un-presidential! How un-high school even!

18. Much like my live Tweet coverage of the 2014 Miss America pageant, I have become sleepy and disinterested in my responsibility to broadcast my opinions in an uninformed and loud manner…

19. On weed: Which of these peeps would I want to get high with? Hmmmm. That’s a tough one.I wish Al Franken was on the stage. I’d get high with Obama, but he’s already such a slow talker… I don’t know if I could take it. If Michelle was there too, at last the snacks would be healthy. I’d even party with George Bush (the younger, of course.) I think that would eb funny, and maybe we could eat Doritos and paint. The only other person in politics I can think of is maybe Ruth Bader Ginsburg.

20. 21. Wait, what? Carson’s mom was one of 24 children who married when she was 13! Now that’s a family history I want to know more about! What do you have to say about that, Rubio?

And, that’s it for climate change! Back to Trump! Who says…

22. Regardless of science, vaccines are due to the rise in autism.

24. Huckabee wants a war on disease. That’s weird. He’s such a holy man, and he knows what God wants. If God made  disease, why should the federal government declare war on it? Get out of my cells, government!

All right, that’s all I’ve got. This is your faithfully ignored pundit, signing off.

4 thoughts on “Notes on the Republican Debate – Live Tweet Edition”