Last night was an insomnia night. I went to bed at around 11:00, and the popped awake at about 2:15. My dog was having what I can only assume was a bad dream, so I got up and told him all about this episode of Jimmy Fallon I had seen that had Neil Young and Jack White on it. Atticus seemed particularly interested in Jack White’s under-belly of maggot white skin and funny little elf ears, but he wanted to get back to dreaming, so he sighed, released a dark cloud of kibble-rich gas, and went back to sleep.

Not so easy for me. I did a little tossing and turning, and then switched on the Beeb. It was a great night for all kinds of half conscious learning, with one interesting thing after another! First, in the news, I got to get all worked up about the Boko Haram. What a bunch of assholes. Between you and me, and, of course, with no offense intended, I hate those Taliban terrorist types. I know, I know, ‘hate’ is a strong word, but what other is appropriate? None other. I’m glad the African leaders have decided to declare war on the group, but, good luck, Jonathan, I wonder what they are really going to be able to do to stop the tide of committed delusionals who hear God telling them to kill in His name. Like I learned in my time working for the BSISD, you can’t argue with crazy.

Then, on to the insanity in Turkey. One would think that governments who incite people that are desolate, furious and desperate to be heard, might notice that, based on recent history, an alternate form of communication with the citizenry might prove more efficacious than gassing,stoning, water cannon-ing, or further provoking what have been, according to all accounts, peaceful protesters.

That news was depressing.

But also, there was this news: The biggest dinosaur EVER, a Titanosaur, has been discovered in Argentina. It was HUGE, and it grew that way by eating its vegetables, proving that vegetarians don’t have to be small and testicularly disadvantaged, like Hitler. This guy weighed 77 tons (or “tonnes” as the BBC likes to say), and was 40 meters long and 20 meters high. (The Beeb knows that Americans have no idea of how big that is, so they added “as tall as a seven story building,” but they said it like ‘storey’, so Americans would still know the Beeb is British, even if it’s dumbed down for Yanks.)

I love dino stuff. It’s mind blowing and other-worldly, and those gargantuan reptiles are what chickens are made out of, which is why you should never trust them. The best thing about dinosaurs is that they are dead, and can’t hurt me, though I did once have a terrifying dream about a Tyrannosaurus Rex-Anthony Keidis hybrid that had enormous, scaly Princess Leia ears that could pick up even the tiniest scared breath, so I guess they still can hurt me, in my sleep…maybe that’s why I have insomnia…)

Also, I heard a great poem and interesting interview with Frieda Hughes, the daughter of British poet laureate Ted Hughes and Sylvia Plath. I couldn’t find the poem in print for you to read it, but it is at the beginning of this episode of “Outlook”, so check it out. https://player.fm/series/outlook/outlook-frieda-hughes-the-trouble-with-death. The piece on the guy who plays Beethoven (or is it Bach?) for elephants is good, too.

Anyway, after all that, I finally fell asleep.

This morning, I got up and took a walk. Here are some of the things I saw: 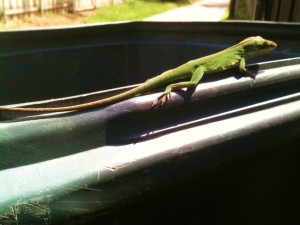 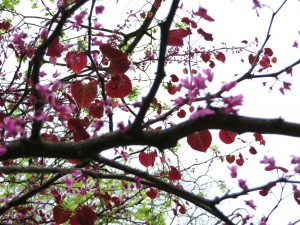 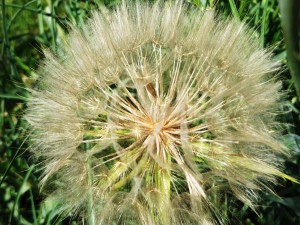 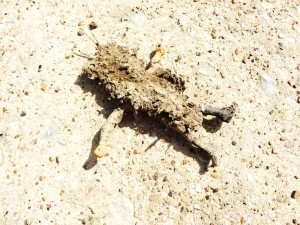 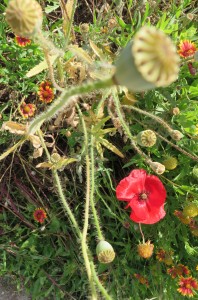 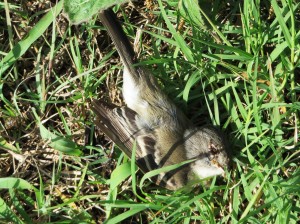 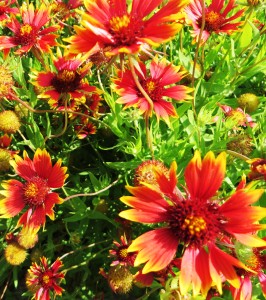 It was a good morning.

Finally, a word about the last post. It was so nice to hear from so many old friends! I’m happy you liked my poem. Many found it to be dark and depressing; I found it kind of uplifting! One of the people who commented on it was a friend I haven’t seen for at least 15 years. I was reminded of I poem that I had written for her a long time ago.It’s a little long and rough; like I said, I wrote it a long time ago. Anyway, I leave you with it now. Happy weekend, all!

An egret in the fog

She drawled a slow, low song

So I had to lean in

And wait for the chorus

Her movements all  L’s

A noodle draped over a silk sofa,

Watercolors in a puddle

Thoroughbred among the donkeys

Rhythmic in streets and soul

But when I looked

Sandra had a way

That I had thought of myself.

One day, Sandra was an artist

On the back of a wrinkled, yellowed envelope

Reminding me it was my turn to buy the toilet paper

One day, she was a bridesmaid who slept with the groom

One day, she fell asleep in her boots and sunglasses,

On the hood of a red truck

In field of yellow hay

straight out of Vogue magazine, circa 1967

in Earl Grey Tea served in a porcelain cup

Sipped at the edge of the Seine

One day, she went to college

One day, she ran away with the circus and was gone for a year and a half

One day, she stayed up all night in a city she wouldn’t remember

Dancing under a streetlight

Her friends lived in rainbows, in church towers with big brass bells

On couches and floors of other people’s homes

Upstairs in the hat factory

Smelling of cloves and beer and nighttime

Even if it was dirty, or a wig

They called her Boo

She came into the bathroom while I was in the shower

Didn’t knock and peeked behind the curtain

Sat on the toilet while I sang “Blue Bayou”

I feel so sad,  I’ve  got a worried mind

When it was over, she breathed, “Sing it again”

One day, she lost her mother

And her sister, too

One day she ran away to Alaska and worked on a fishing boat, hoisting huge salmon and slitting their bellies down the middle

One day, we went to a concert, and she strode onstage in front of thousands of people who thought

She was a star.

3 thoughts on “Last Night and This Morning”