Every day, thousands of people die. Of course, this is how it should be; death is a part of life. We don’t think much about the magnitude of death unless we are directly touched by it, which is also good and right; one can’t successfully live while dwelling on the possibility, inevitability and consequences of death. Still, when we do come face to face with the eggshell fragility of life, and the shock of reality and sudden force that is death, it seems that when the world doesn’t shift, or stop, or at least pause to mark the end of life, it is  cruel and unjust.

Of the thousands who died this week, here are two.

Victor wanted to be an actor. He had big eyes, like Sal Mineo, only Victor wouldn’t have heard of Sal Mineo. He wanted to be an actor, but he never took a class, or went on an audition; I don’t know if he was ever in a school play. Still, after high school, he did what most actor do – he worked as a waiter. His dad owns the restaurant, which is named after Victor’s sister. The last time I was there, Victor waited on us, and bought appetizers for the whole table. He was a nice guy, that Victor.

His friends called him “Vic”. Whenever Babe spoke of “my idiot friends”, I knew he was talking about Vic and BJ. I asked him what they did when they were together. “Nothing. Go to the mall. Look at the girls. Talk about people we know. Go to McDonald’s. You know, we just hang out, like guys do. Play some ball. We don’t do anything, really, but I guess they’re the guys I feel closest to. Even when we’re bored, it’s still pretty fun.”

The last night of Victor’s life was a Monday, a school night. It was a warm night for so early in the spring, and the air was heavy, like the evening was wrapped in a sweater, and the boys were playing basket ball. They played by themselves for awhile, more talking smack than actual game, and then some white guys pulled up in a gray BMW, and they jumped in, and a sweaty, grunting kind of game picked up, where one hard foul pissed off the white guys and tempers flared, but not for long. They took off in their bad-ass car, and the boys all laughed, until the Beemer came back, screeched to a stop, and shot out the backboard,  shattering it . The boys ducked down and covered their heads as shards of plastic rained down like trailers from a firecracker. The white dudes peeled off, and BJ found the bullet and said it was from a pellet gun, and everyone laughed again, and kept playing until someone said they had to fly. Victor told his cousin Carlos he could wait in Victor’s car until his ride, his ex-girl or baby mama or whatever, came to get him. BJ left and Babe had to walk home, so he took off walking, and Vic and Carlos got in the car and waited under the incandescent halo of the streetlight, on a good night in a hot town that was cooling down in the dark.

When Carlos’s ride showed up, the girl had brought her new boyfriend along. Carlos and the new guy had words. The boyfriend pulled out a gun and shot into the car. Victor’s cousin was hit; he’s still in the hospital. He’s 20 years old. The guy who shot him is 21. Victor tried to drive away, but only made it about a block. He was 19.

BJ and Babe are both getting tattoos. BJ’s is big, taking up a lot of his arm. It’s a picture of Victor, maybe the one that was on the pamphlet thing they handed out at the funeral. Victor is smiling. Underneath it says “RIP”, “Vic” and “April 2, 2012.” It’s nice, but it doesn’t look that much like Victor. When BJ flexes his muscle, Victor’s smile twists into a smirk, and the eyes look flat – the tattoo Victor has no soul.

I told Babe he should get a basketball with Victor’s name on it. I don’t think he will, though.

This is what I knew about the other person that died this week when I first met her:

She had hair the color of melted red Crayolas and cotton candy . She wore a black sundress and black sandals, but what I noticed first was her navy blue and neon pink panties. She had two big yellow rose tattoos on her lower back. Her skin was very white, especially against the black of the asphalt.

By the time a got there – it was only a few seconds after I heard the sound and looked up from digging in the garden- there were already a few people there. Everybody was quiet, except for the guy on the phone. “Yeah, 9-1-1? There’s been an accident…”

Someone asked if she was breathing. A man put his sunglasses by her mouth and they fogged up. “Ma’am? Can you hear me?”

I told them we should get the scooter off of her. It was black and shiny and leaking something. It was crumpled and broken and looked like a vicious toy.The little knot of people who were there tightened. We decided it was best not to move her.

Cars kept going by, but very slowly, the drivers’ necks twisted completely to the left to see what the hold up was, why the sudden slowdown, probably a dog or a cat in the road, and then, when they saw, their faces would drain white and their mouths made an O before they clapped their palms over their lips and shook their heads back and forth. I decided to direct traffic, make the long line of rush hour snake down my street instead of going past her, clear a path for the ambulance. I stood there in the street until a cop car told me to move so he could park his car where I had been.

I went back to her. It looked like she was trying to get up. Once, twice, she moved her head, like she just wanted to peel herself up of the road, untwist her legs, and just go, get the hell out of here, shake it off, and leave it behind. I told her to relax, not to move, stay calm, that she was doing great. I don’t think she heard me – I’m not even sure if I said it out loud-  but she stopped struggling. And then she stopped breathing.

That’s all I knew then. I have since learned a lot about her. Her name was Megan. She was a hairdresser at a place called Halo, and she had been dancing in burlesque shows for about a year. She loved Patsy Cline, and was test driving the scooter when she lost control and turned into traffic, moving fast, and hit a tractor trailer driven by a nice man named Mark who had decided to knock off work early and enjoy the beautiful afternoon.

Megan was described as generous and loving and full of joie de vivre. She helped people. She cared. You can read about her from people who knew her. She was 23. http://www.pegasusnews.com/news/2012/apr/11/megan-margolies-burlesque-halo-died-moped-deep-ell/?refscroll=512

I was glad to find out things about her. It is still hard to talk about, what happened that day, but now I have a name and a face.That makes me feel better. I didn’t know her, but  I will remember her for a long, long time.

When people die, unless they are famous, they just fade away. They become an old rainsoaked photo from the 80’s that you find in an alley, or clothes that you buy at an estate sale, or a book that you open and, unexpectedly, a dry cleaning receipt flutters out, or a note, or a grocery list. You don’t really think of them, unless they were yours, and somehow that doesn’t seem right. They lived a life. They were loved. Their absence is felt like a gash, then a scab, then a scar on flesh that will, of course, itself one day disappear. That someone who once was vibrant, a warm buzz of energy, that someone who was once so important and crucial and an integral part of a world, an ecosystem big or small could just one day just cease to exist, and then, perhaps just as suddenly, one day vanish from human consciousness, be forgotten forever, is incredulous. How can everything just end?

Of course, it’s good that we forget. A life spent consumed by death is one that is wasted. If we remember anything, it should be to live while we are alive, every day, to laugh and cry and do a little dance and eat a good meal and to love fiercely or tranquilly, and to pay attention and listen closely and be good whenever you can. 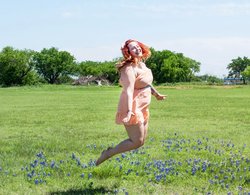 For Victor and Babe

Under a thumbnail moon

Even though they are cool

I see them sweat

Out late on a school night

Balancing the ball on the tip of his finger

Gene Kelly of the blacktop

As the world turns

He shoots the moon

Shots in the night

Whole world in your hands

Long shot in the dark

It only takes one

A crapshoot – the infinite edge separating here from there

In this universe of a moment