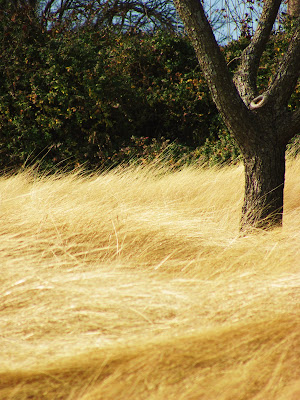 Man, oh man. We are living in some strange times, right? I guess every generation has occasion to say that, and probably more than once, but it’s so bizarre how you’ll just be going along, living life, and all of a sudden the road that you’re traveling becomes some bizarre Escher landscape, all fragmented fractals and tessellated tangents. Things are completely falling apart and being reformed, almost simultaneously. Chaos versus new order, indecision seems the most secure option, hope looms large while being scattershot by snipers. All over the world, people are committing to change and possibility, even if that promise is eyelash slim. One estimates how hot the fire blazes, and then dives headlong out of the frying pan. People desperately cling to new found faith; faith that the system will work or will topple; faith that we are doing the right thing; faith that if we accept and obey, everything will turn out all right; faith that there is a plan.

I hope everybody will be ok, and everything will right itself eventually…
Hmmm. Que sensitiva, right? I can’t let struggles halfwafy across the world get me down, right? I need to buck up soldier!
But then I think about what’s up in my own country. First there’s Detroit, which has been deserted by almost everyone who has the means to hightail it out of there. The city has massive unemployment, and is being sucked ever downward by a continuing spiral of debt, mismanagement, crime, and lack of opportunity, much like residing in a low-flow terlit. What was once Motown and the heart of the automotive industry that symbolized the American spirit of freedom, self-reliance and ingenuity, is now the poster child for the United States’ Most Likely To Become A Third World City. Detroit just announced that it was going to CLOSE 50% of its schools. Excellent idea.
In Prichard, Alabama, city workers, who have for years sacrificed big bucks from their monthly paychecks in order to save for their retirements, are being denied their pensions – since 2009, when the city ran out of money. How are those people supposed to live?
In my own city, 3,100 teachers are going to be fired while our superintendent draws one of the highest paychecks in the nation. School administrators say that those who are allowed to keep teaching will have to prepare for salary cuts, unpaid furlough days and classes of 35 or more students. What will become of all those kids who won’t be able to get even the most basic education? What will become of all of us when the illiterate and unconscious inherit the earth?
In the meantime, legislators are pushing a bill to allow college kids to carry guns, saying it will make the campuses a safer place. That’s just great. A bunch of tripping frat boys with weapons… I’ve seen that movie!
The thing is, teachers didn’t cause enormous budget shortfalls. Neither did the cops, clerks, firefighters, secretaries, cafeteria workers, nurses, bailiffs, construction workers or janitors that keep things relatively safe and running.
It’s hard not to point fingers. The targets seem so obvious, and I am growing to hate them. It’s hard to keep hope. It’s hard not to cry and to get up and go to work in the morning. It’s hard not to drink too much. It’s so very easy to give up.
But I can’t. I get so angry. I’m really frustrated and beaten down. I am depressed and despairing, and I don’t sleep well and I feel like I’m getting old. But I can’t give up, give in, get out. Not yet.
Revolution is in the air. I dunno. Maybe it’s time. 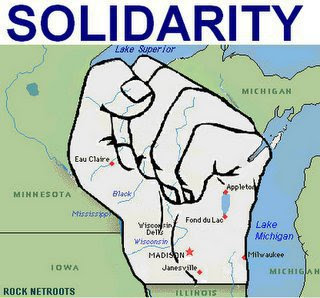 Like I said, I hope everyone will be ok…