Now that I am completely computer savvy (perhaps you’ve noticed that I can embed video right into my blog), I have learned how to use the Internet to gather pertinent information about said blog and those who read it. For example, the most popular keyword search that has led new people to my blog, “sedona cocksucker rock”* has been replaced by “justine bateman godless”, which I think is lees a speculation on her religious leanings than a hapless misspelling. I have learned that there must be an infestation of nutria in the UK, Germany, and parts of Asia, as people from those regions tend to go to Google Images and find a picture of the disgusting cheeto-fanged rat I displayed. Once there, they check out the fascinating factual content I posted, learn a little something, and then move on, enlightened and empowered. According to my statistic counting tool, this scholarly study takes them 0.0 seconds.

If one was to search The Smaller Adventure under Google Images, which I have done strictly for research purposes, one would find a number of photos I myself have taken, yet for which I have received no credit, nor royalty payments.My team of lawyers is working on this, as I am sure thousands of people have stolen my art for their own purposes, be they pleasure or business. I can’t blame them, as gems like “Freaky 70’s-looking Bass Player with Fat ‘Stache and Sweatband” or “Boring-looking People Under Sign That Says They Are Boring” are virtually irresistible when it comes to downloading for free. You can print these photos out and frame them for personal enjoyment in your home or office. What is strange to me is how things that I ripped off from Google Images have become attributed to my blog. It’s as if the universe has said, “You, Smaller Adventurer! You deserve to have these images! Take them freely, and claim them as your own! ” Mostly, people look at the picture of the nutria or of this tube of Monistat I used for my “Happy Yeaster 2010″ post. I’m thinking the toothpaste from the last post is going to become mine soon, which is just great by me, as I find it to be post-realistic in its simplicity and post-modern in its statement in the squeezed-out nature of its inherent innocent sense of purpose and purity. I’m deep like that.
I have also learned that out of all the people who visited the blog from all over the world -no really, ALL over; it’s very cool to see all the people in all the different places that have checked out this blog – only about 6 of you actually read it, and I am probably related to most of you. (Shout out to person in Washington, DC, and other person in Potters Bar, Hertford, UK – I don’t think I know you, but thanks for coming back, even after you saw the Monistat tube!) While it is true that people who write their diaries on the Internet obviously crave attention, I guess it is OK that most people aren’t tuning in for my stimulating prose. Now that I know they won’t be offended, I can write bad things about my friends and family, even those who say they are my followers, because I can rest assured they’ll never see it. What happens on Smaller Adventure stays on Smaller Adventure, and it’ll just be between the six of us, okay? Anyway, to you who read this because you care about me and want to know me, I thank you. Even though I don’t really know who you are, I’m sure I like you a lot, and you’re a real nice person.You will probably go to Heaven. No matter what, it’s nice to know you’re out there. Sincerely, it is.
Here are some pictures that Google Images can later be sued over.
This one is called “Dropping acid in Gym class was not as fun as I thought it would be and all my friends are dicks.”This one is called “But She Said She Was 18…and A Real Live Human…Anyway, We Were Just Talking” 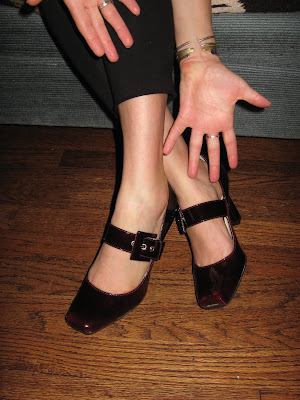 This one’s a picture of my shoes. Cute, non? I got them on sale.
*’sedona cocksucker rock’ really is a phrase that was searched – three times – that led people to my blog. Who does that? I mean I wrote about it, but who thinks to search that shit?

1 thought on “Bizniss ’bout the blog”